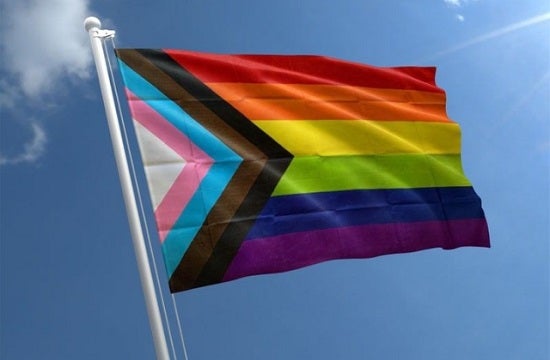 On June 28, 1969 police raided the Stonewall Inn, a popular establishment and haven for LGBTQ people in New York City. At that time, arresting people in public places based solely on their gender identity and/or sexual orientation wasn’t unusual – but what happened on this night would change the course of history. Patrons resisted and protested for three days, an event that became what we now know as the Stonewall Uprising, a pivotal moment for the advancement of LGBTQ rights. Some point to it as the first Pride.

On June 1, 2021 the White House issued a proclamation for Pride Month and called attention to the triumphs that began with the Stonewall Uprising. Now, each June, LGBTQ people and supporters join together to celebrate history and advocate for continued change. Although Pride is now widely celebrated, it is important to note that the journey to an inclusive Pride is ongoing.

Despite being early leaders of the movement, many Black and Latinx members of the LGBTQ community continue to face heightened forms of violence and discrimination. For example, 2020 marked the U.S.’s deadliest year for transgender people, with 44 recorded fatalities; nearly all of them were transgender women of color. The victims were often impacted by intimate partner violence and sexual assault, as well as physical and mental abuse rooted in anti-transgender stigma and bias. 2021 is on track to meet or surpass this number with 27 recorded deaths as of June 2. Meanwhile, legislation barring transgender youth from receiving gender affirming care and from participating on school sports teams further alienates transgender people and reinforces anti-transgender attitudes.

Honoring those who started this tradition and those who have tragically lost their lives is imperative in improving inclusion and LGBTQ equity. These recent strides acknowledge the importance of intersectionality, as there can be no true Pride without inclusion and belonging for everyone.